The Third Global Nazarene Theology Conference wrapped last week, and what an AMAZING time it was!

Imagine 300 from around the denomination, all six world regions, coming together to discuss God’s direction for the Church of the Nazarene, under four headings:

Like the two previous GNTCs (Guatemala – 2002, Amsterdam – 2007), most of the “heavy lifting” was done in small groups of 8-10, purposely diverse in terms of place of origin, gender, linguistic background and role in the church. The 22 regular papers and 4 summation papers (available at didache.nazarene.org), written around the four mentioned themes, gave us lots to talk about, and freely share we did.

The GNTC 3 was sponsored by the International Board of Education (IBOE), and all six General Superintendents were in attendance. The official theme was:

As one serving on the Africa Region, I was proud of our contingent from Africa, made up of both Africans and missionaries to Africa. Together, we produced 5 of the 22 regular papers presented, and served on two of the four panels.

Post-conference, in relation to the “people called Nazarenes,” here are some of the incredible blessings that linger in my mind, as well as some of the questions:

1. The diversity was holy practice for the forthcoming consummated Kingdom of God come to a new earth, aka “heaven.”

2.What will it mean to be a truly global church vs. a North American church with overseas interests?

3. We put into practice part of our Wesleyan heritage, “conference” as a means of grace. The meaning of “connection” also came up, of “dependence” vs. “interdependence” in a world where financial means vary wildly by region.

4. Have we repented of our sin of silence and indifference during apartheid? What other corporate sins have we swept under the rug that need acknowledgement and cleansing?

5. Gathering together at the Table of the Lord was a powerful moment, a reminder that “In Christ, there is no East or West, in Him no North or South.” It’s cliched, but the ground truly is level at the foot of the Cross!

6. We all acknowledge the reality of poor people and rich people (not “the poor” and the “rich,” which are impersonal, reductionistic words), but we have radically different ideas of what that reality would have us DO as a church — give to poor people, or create systems that help poor people rise, i.e. wealth creation (redemption and lift)?

7. The CoTN seems to have an unresolved tension at its heart, since its inception. Are we a “believer’s church in the Wesleyan tradition,” as Tracy and Ingersol maintain in the introduction to their book, What is a Nazarene? (i.e. a voluntary association of the saved) or are we more “catholic,” the “Body of Christ,” with an emphasis upon our “people-hood” first and (subsequently, via catechism) upon the individual salvation of those who make up that people? This strand comes from Methodism/Anglicanism, whereas the former strand came from Congregationalist groups who were part of the 1907 and 1908 merger.

8. We are as diverse as any group I know on the meaning and practice (or non-practice) of baptism and the Lord’s Supper. I’m tempted to type “confused” in place of “diverse.” Is this an area worth contending for, or should we simply acknowledge a “big tent” approach growing out of how one answers question # 7? In Africa, the practical outworking has been that we rarely practice communion, though an unjustified “fear”or taking communion “unworthily” is another large part of that neglect. Do many Nazarene congregations around the world celebrate communion more as a memorial than a means of grace, as a “reward for the righteous” rather than a prevenient grace-filled call to all who “desire to follow Christ”? A partisan of the second position, one of the panelists, called our ritual on communion in the Manual an “abomination” and “non-Wesleyan.”

My question to you: Should we re-write that ritual, or just add a second one more consistent with a “means of grace” theology?

9. Holiness was discussed, and was alluded to in several papers. However, it seemed more like a starting assumption for discussion, more implicit that explicit.

10. Our heritage of enfranchising women in all roles of lay and ordained service was on display, with a healthy (if still too small) number of female participants. Now, if such solidarity at an official conference were only enough to break down prejudices at the local church level…

11. An accent upon the need for the Holy Spirit to act more often among us came through in multiple conversations. Deliverance ministry and divine healing had a fair hearing. I was reminded of a book title by Tony Campolo: How to be charismatic without speaking in tongues

And in-line with that final point, here’s my award for the most quotable quote:

“Our ecclesiology must be God-glorifying, Christ-centered, and Spirit-filled.”

May the Lord together give us a renewed outpouring of the Holy Spirit, leading to greater unity, renewed vision, and undying passion to keep making Christlike disciples who change the world. 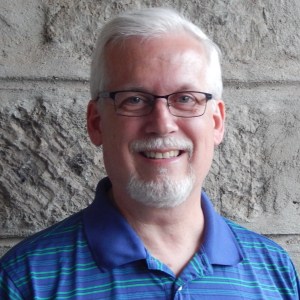 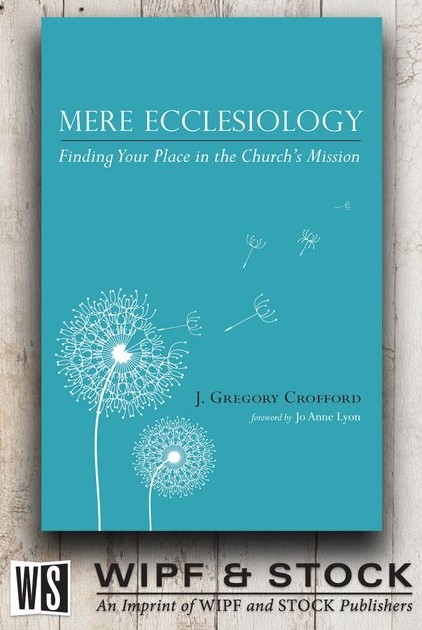 Mere Ecclesiology: Finding Your Place in the Church's Mission (Wipf & Stock, 2016) explores the church's purpose and mission in two movements: 1) "breathing in" (worship and discipleship) and 2) "breathing out" (transformational service in the world). It is available in paperback for $ 13.60 USD from Wipf & Stock by clicking here..

NOTE: A Kindle e-book edition is available at Amazon for only $ 9.99 USD by clicking here.. See the same site for hardback and paperback editions.

"Greg has powerfully captured the church, 'God’s mission in the World', in these brief pages. Ecclesiology is generally a subject written and discussed in academic theological circles and rarely reaches the person in the pew. But this is one for the pew and will be valued as well."
-Jo Anne Lyon, Ambassador
General Superintendent Emerita
The Wesleyan Church

"This is an excellent overview of the work of the church. Refreshing!"
- Jesse C. Middendorf, General Superintendent Emeritus, Church of the Nazarene

"If ever the church needed a grassroots understanding to fulfill its mission in the world in this significant time, then this is the 'back to the basics' guide so desperately needed."
- Gabriel J. Benjamin, Church of the Nazarene, Africa Region Education and Clergy Development Coordinator

"Crofford invites us into a discussion regarding the theology of church and the practical implications for ministry...This work will prove useful for the church engaged in the formation of Christlike disciples."
-Carla Sunberg, President, Professor of Historical Theology, Nazarene Theological Seminary

"In promoting a healthy church, Dr. Crofford emphasizes the need for 'spiritual respiration.' His conception of church health first requires a 'breathing in' of personal growth that is spiritual, knowledgeable, and communal. Second, spiritual respiration requires a 'breathing out' that is missional, ministering practically to others for their holistic salvation, societal well-being, and ecological care-giving. . . Crofford identifies step-by-step strategies that help Christians to implement 'spiritual respiration' in finding their place in the church's mission."
-Don Thorsen, Professor of Theology, Azusa Pacific University Seminary

The Dark Side of Destiny: Hell Re-Examined (Wipf & Stock, 2013) is available in paperback and Amazon Kindle editions by clicking here.

It is also available here for just $ 6.99 for users of the Nook e-reader.

"Discussion of Hell is hotter than ever. Yet for all the attention the topic has drawn, few are the resources that provide an overview of the major points in dispute without bogging down in detail.

The Dark Side of Destiny: Hell Re-examined is an excellent primer, yet goes beyond a mere description of options. Dr Crofford weighs various views of Hell in the light of Scripture and finds them wanting. In the end, he champions a neglected view of last things that both responds better to the preponderance of biblical evidence and safeguards the character of God as equitable, holy, and loving.

With probing discussion questions at the end of short chapters, The Dark Side of Destiny is ideal for Bible studies, Sunday school classes, or small groups."

The buzz about Dark Side (from Amazon.com reviews):

"I read this book with my husband on a recent trip out of state. The book is short but says all I'd hoped it would say and does so very neatly. It gave us hours of discussions to make an otherwise dull drive very interesting." - Charlotte Burton 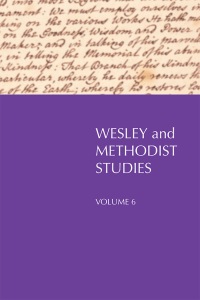 Wesley and Methodist Studies (WMS) publishes peer-reviewed essays that examine the life and work of John and Charles Wesley, their contemporaries (proponents or opponents) in the eighteenth-century Evangelical Revival, their historical and theological antecedents, their successors in the Wesleyan tradition, and studies of the Wesleyan and Evangelical traditions today.

Dr. Crofford's article, ‘Grace to All did Freely Move’: Thoughts on Charles Wesley’s 1741/42 Hymns on God’s Everlasting Love' appeared in Volume 6 (January 2014). Based upon research conducted during the 2012 Wesleyan Studies Summer Seminar at Asbury Theological Seminary (Wilmington, Kentucky, USA), the essay examines the predestinarian controversy between the Wesley brothers and the followers of George Whitefield, with special focus upon the pastoral concerns that motivated the publication of the Wesleys' hymn collection. 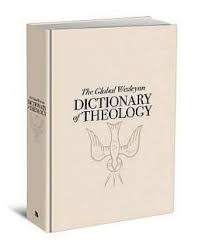 The Global Wesleyan Dictionary of Theology is available in hardcover by clicking here.

Dr. Al Truesale, Professor Emeritus of Systematic Theology at Nazarene Theological Seminary, is editor of this excellent selection of essays by global scholars in the Wesleyan-Holiness tradition of Christianity.

Streams of Mercy: Prevenient Grace in the Theology of John and Charles Wesley (Emeth Press, 2010) is available in both softback and Kindle editions at Amazon.com by clicking here.

This is the monograph form of Dr. Crofford's 2008 PhD thesis from the University of Manchester (Nazarene Theological College), U.K.

From the back cover of Streams of Mercy

"Exploring the theological roots of the doctrine of prevenient grace in Anglican, Puritan and Quaker sources as they streamed into the theologies of both John and Charles Wesley, Gregory Crofford has written an engaging account of the significance of this salient grace. In a work marked by careful balance, Crofford ably demonstrates that the doctrine of prevenient grace not only helped the Wesley brothers to integrate diverse elements in their respective theologies but it also enabled them to avoid rigid determinism on the one hand and the 'despair of moralism' on the other. This is an important contribution to the field."

Streams of Mercy was cited by Dr. Amos Yong (currently the Director of Fuller Theological Seminary's Center for Missiological Research) in his plenary address on religious pluralism given to the 2012 meeting of the Wesleyan Theological Society held at Trevecca Nazarene University.

Views expressed are those of Dr. Crofford and do not necessarily reflect the official doctrinal or policy positions of the Church of the Nazarene.